I found this book for a dollar in a second hand bookstore this weekend. I was thrilled.
This volume is one of a series that examines various aspects of computer technology and the role computers play in modern life. Computer Images, Understanding Computers, Time-Life Books, Alexandria, Virginia, 1986 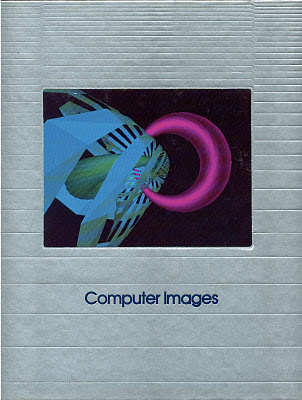 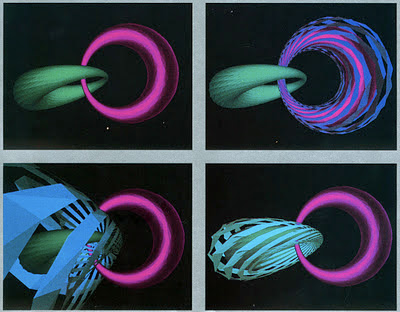 Cover: Interlinked toroidal, or dougnut-like, shapes and cut-apart surface that unwraps from one toroid onto the other represent, in effect, a three dimensional space - an image virtually impossible for humans to visualize before the advent of the computer. 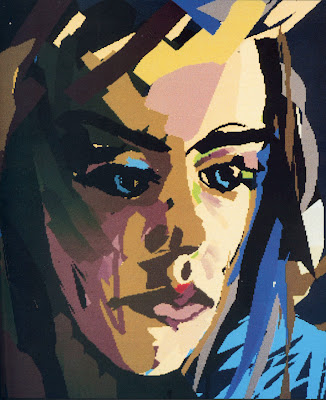 Artist Mark Lindquist created this portrait with a computer graphics paint system in much the same way that oils are applied to canvas. The image began as a rough, charcoal-like sketch to which the artist then added color, sparingly at first, but with increasing complexityas the work progressed. "I feel the most fluent, freest, working on the computer,"said Lindquist. "I love the idea of working with light rather than paints." 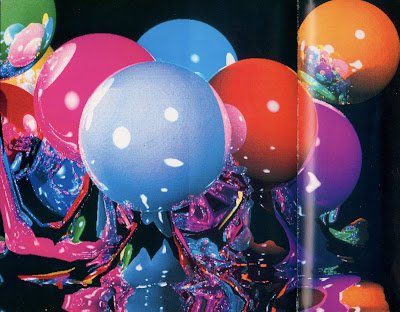 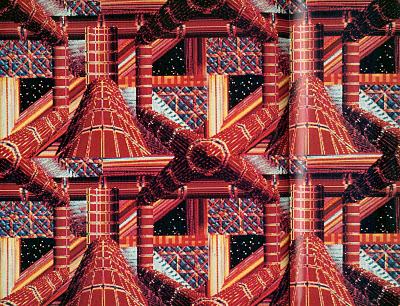 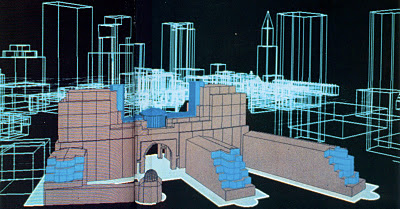 The main challenge presented by Rowes Wharf, a commercial building planned for the waterfront in Boston, was to design a structure that would blend esthetically with the city. Architects, thus spent much of their computer time creating models such as this one - a view of the Wharf with its surfaces filled in, integrated with a wire-fame view of the Boston skyline. 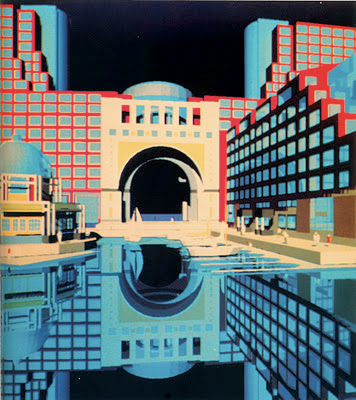 To generate this realistic rendering of the finished wharf, an artist called up a model and designated surfaces, colors, angle of light and point of view.
Posted by Sabrina Ratté

this is just great! thanks for sharing. you must have a pretty badass bookstore run

I like that embossement (?) on the cover. Fighting virtualisation with a very haptic book design.