“In Mere Spaces All Things Are Side By Side I” is the first in series of videos exploring the complex adoption and accessibility of the internet in a Developing country. Rather than thinking about technology from a position of privilege, it focuses on the gap, failure, limitation, and the frustration of access to technology.

(or) Getting Even With Bad TV

Really happy to announce the release of a new video series, Sightings, on the video label Undervolt &Co.
A new video will be released for streaming every week, and some posters and DVDs are for sale as well!
Here is Littoral Zones, the first video of the series.

Here is a new video for Le Révélateur, Afterimage Selves, a track taken from the full-length Extreme Events, released by Root Strata on August 22nd (Europe) and September 2nd (USA). 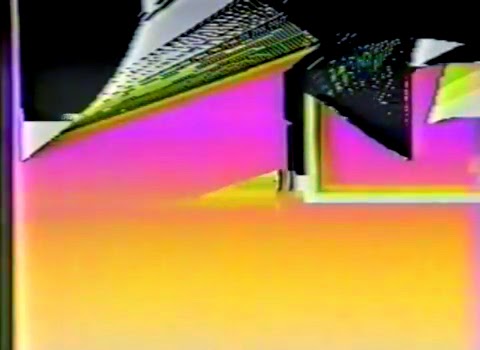 “My work concerns the paradoxes of visual perception, the enigmas and quirks, and how it all forms the basis for our realities. The impact, excitement, and energies created by incongruity, juxtaposition and opposites all interest me.

The images are couched in paradoxical terms and must challenge the mind’s eye, must invoke opposites and hold them in tension. The work at times seems to refer to something in reality, but then the reference is denied. Identity; the fusion of so many experiences, so many inquiries, so many intuitions is also a primary issue.” -Deborah Remington 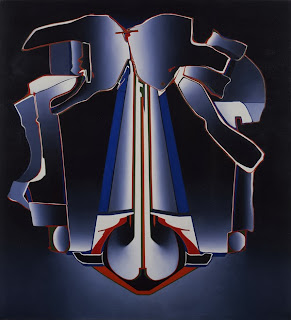 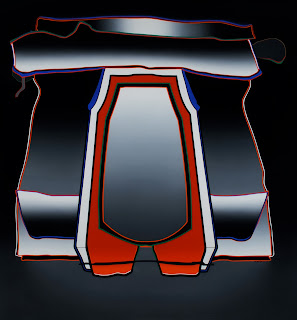 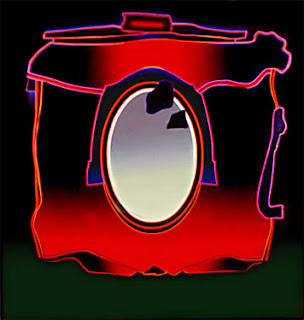 New video made for Computers Club, Visites Possibles embeds different electronic landscapes into the walls of an architectural space. "Entities" arise and disappear regularly throughout the visit, as if haunting this virtual environment.
Special thanks to Roger Tellier-Craig for this stunning electronic score.

Before the Flood is made up of recordings from at least 3 sessions at the Experimental Television Center. It is a three part piece, the first section was recorded in January 1985, the second section in one or two sessions in February, and the third part was recorded in March. With a little more generosity, each of the three movements could have easily been edited to stand alone.
http://www.lumpybanger.com/
http://www.lumpybanger.com/https://vimeo.com/user1702722
http://videocircuits.blogspot.ca/search?q=matthew+schlanger

I am happy to announce the result of a year long collaboration with the amazing Brenna Murphy, Birch Cooper and Roger Tellier-Craig. I've been an admirer of Brenna and Birch's work for a while and this was a truly amazing experience for Roger end I to collaborate with them. Along the way, Yoshi Sodeoka started to work on a video label project, UNDERVOLT&CO., and we thought this was a great context for Spectral Net to present the result of our first collaborative video series. I will also release some solo work on the label eventually.

Spectral Net is a collaboration between Brenna Murphy, Birch Cooper (Portland), Roger Tellier-Craig and me (Montreal).  We have been working on parallel roads for a few years now, mutually aware and admiring each other’s works during all this time. Our common interest for digital and analog technologies, electronic sonorities and visuals as well as experimental approaches have set grounds for this collaborative project, which started in early 2013 and has since evolved to become Spectral Net.  Although our interests are very similar, our aesthetic and the tools we use differ on many levels, which makes this collaboration an unexpected and unique meeting between our two (or four) distinctive artistic approaches.

For our first series, we focused on experimenting and developing a language by generating and exchanging original work to be used as source material by the collaborators. The analog and digital sounds were provided by Roger and Birch who created a bank from which Brenna and I could choose and add to our videos. The series of four videos, is the result of the dialogue between these different approches to video and sound.

Here is the trailer showing excerpts of the 4 videos, which in total make 20 minutes long. You can download the file for 5$ or donate what you judge fair here: http://www.undervolt.co/Spectral-Sequences-Vol-1-Spectral-Net

Here is the result of the work in progress I talked about here. It's a 1 minute video I made for the 50 years of video art, commissioned by CQAM. I used the LZX modular video synthesizer to interact with the movements of the dancer. The context of this commission seemed like the perfect opportunity to pay an homage to many of my favorite video artists who worked with dancers and videos. Ed Tannenbaum, Erkki Kuriennemi, Woody Vasulka, Jean Piché for example.

Roger Rellier-Craig did a fantastic job for the music, and Claudine Hébert was the wonderful dancer.

"Film is capable of presenting unrealistic world as a vivid reality and creating a strange space peculiar to the media. My major intention is to change the ordinary every day life scenes and draw the audience (myself) into a vortex of supernatural illusion by exercising the magic of films." (Takashi Ito, in Image Forum, Oct.1984)

PADDLES ON! the first-ever digital art auction at Phillips

Online bidding for Paddles On, the first-ever digital art auction at Phillips, is now open on Paddle8.
http://paddle8.com/auctions/paddleson

Phillips has partnered with Tumblr and curator Lindsay Howard to present Paddles ON!, a groundbreaking auction and exhibition that brings together artists who are using digital technologies to establish the next generation of contemporary art.