FROM HERE I CAME TO PLANET EARTH 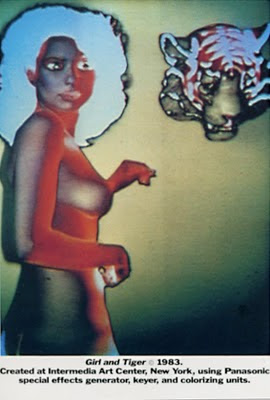 LAURENCE M. GARTEL
The birth of Gartel's career as an artist can be pinpointed to 1976 at the Media Study in Buffalo, a center for experimental video. That year represents a watershed in his development as he worked alongside Nam June Paik, the father of video art. At that time, Gartel set his goal to make stills from video - the opposite of what was being done at the center - and the step to the computer screen was swift.
His processes vary but he usually starts with the camera image. Basically he uses a special printer with a built-in scanner, inserts photos into the computer system, merges them, photographs the new multilayered video images, and then enlarges them, sometimes to forty by fifty inches. And that is only the beginning. (...) Every new device means more fun for Laurence. 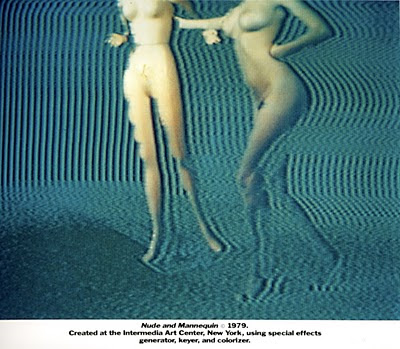 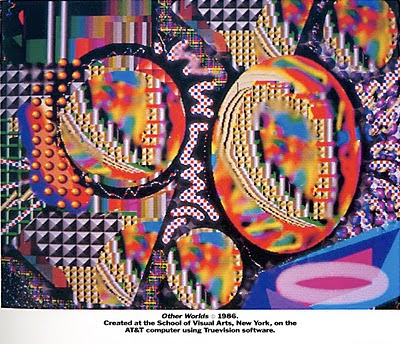 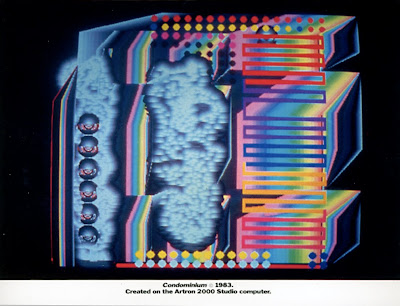 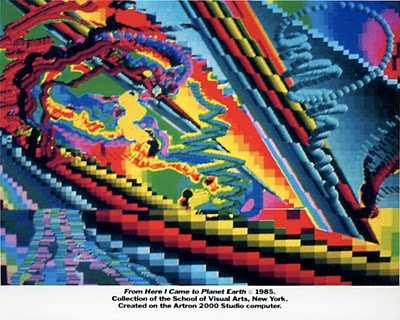 This episode from the first season of the Video Artist (1983?) featured Tom DeWitt, Vibeke Sorensen and myself (Dean Winkler) discussing two of our pieces, Tempest and Voyage.

Abstract video art created in 1986 for Expo '86 in Vancouver, BC. Video by John Sanborn and Dean Winkler. Music by Daniel Lentz.

THE LAST OF THE EPIC VIDEOS

I made it! I succeeded in making one video a week for a whole year!
52-Pick-Up is a project conceived and coordinated by Dayna McLeod: "52 Pick-Up is a series of videos made by anyone who is up for the challenge of making one video a week for 52 weeks straight. It is a video production challenge. Equivalent to drawing a sketch-a day or writing a page-a-day, it's an exercise in endurance to get the juices flowing with a quick deadline that can be used as an excuse for both brilliance and failure."
When I started this project, I thought that I could miss one or two weeks occasionnally... But I caught myself being really engaged in the process, not wanting to miss one week even if it meant posting some ugly weird stuff.
After a year, I can say that it radically transformed my philosophy about producing work, and about what I value in terms of video making. Now, I feel more strongly about the process than about anything else. The gems that come out of this process are rare and not to be expected. Making videos is all about work. The magic occurs once in a while, in between two ugly videos...

Most of the videos on that 52 Pick-Up page are sketches and experimentations that I've integrated later in more accomplished works. I tried to create new and different approaches with each video, finding my own "home-made" way of creating visual effects. Here are some videos that never ended up on my Vimeo or anywhere else, but that I am still very fond of.
WEEK 4
La mer électronique---music by Laurie Spiegel 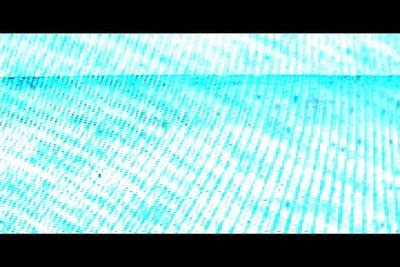 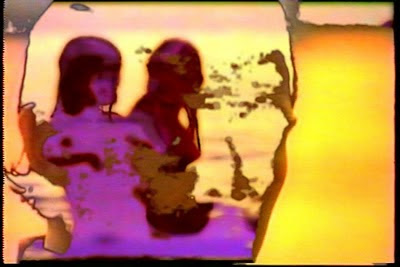 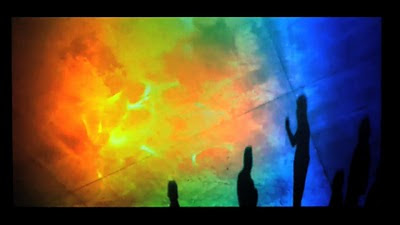 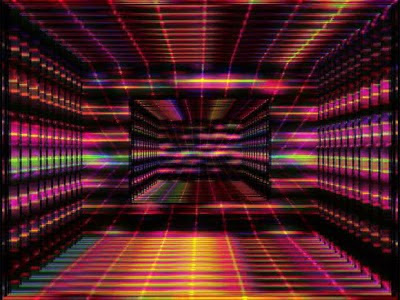 WEEK 51
Tests for a live projection with Le Révélateur. 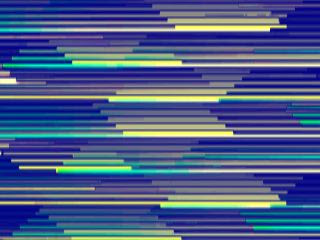 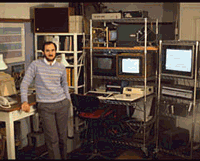 Larry Cuba is widely recognized as a pioneer in the use of computers in animation art. Producing his first computer animation in 1974, Cuba was at the forefront of the computer-animation artists considered the "second generation" --- those who directly followed the visionaries of the sixties: John Whitney, Sr., Stan Vanderbeek and Lillian Schwartz.

Larry Cuba interviewed by Gene Youngblood, in 1986 (excerpt)
"Someone once asked what I mean by the term "experimental film." What makes them experimental? I said because they’re not previsualized. They're the result of experiments and dialog with the medium. And he said, 'Well, all art is like that, that's what art is." I said all art is like that but all film is not. We're much more used to films being preconceived, both in content and execution. Even many people with whom I share the same intent will listen to a piece of music, come up with images, storyboard them and animate them . So that by the time they get to the production stage the result is almost a foregone conclusion.

That's much less of a dialog than my approach and in that sense it's not as experimental. Also there's the danger that the music is carrying the piece: take away the sound and there's not much left. In my work, the visuals come first. I'm trying to discover what works visually, so I never start with music. That would be starting with a composition that already exists, and composition is the problem. I don't have an image of the final film or even any of the scenes before I start programming. I only have basic structural ideas that come from algebra, or from the nature of the [computer] drawing process, or from the hierarchical structure of the items in the scene and how they will dance---the choreographic movements from a mathematical point of view."

In the 1970s the computer graphics for the first Star Wars film (1977) was created by Larry Cuba at the Electronic Visualization Laboratory (EVL) (at the time known as the Circle Graphics Habitat) at the University of Illinois at Chicago.

For the rest of the interview:
http://prehysteries.blogspot.com/2008/07/larry-cuba-interviewed-by-gene.html
Posted by Sabrina Ratté No comments:

Montreal in my cell phone. 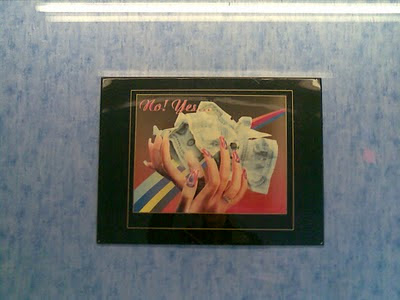 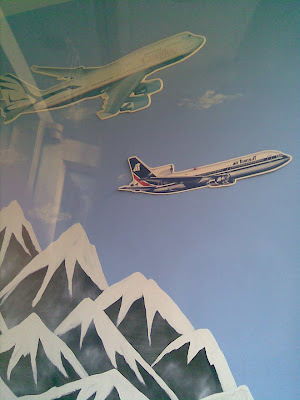 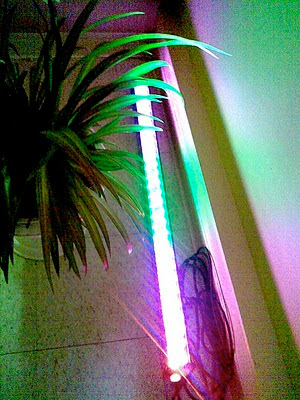 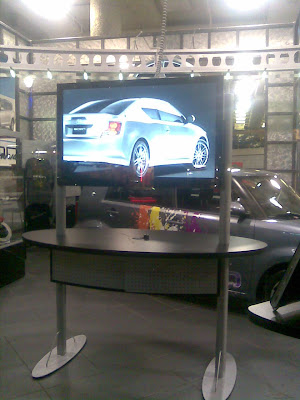 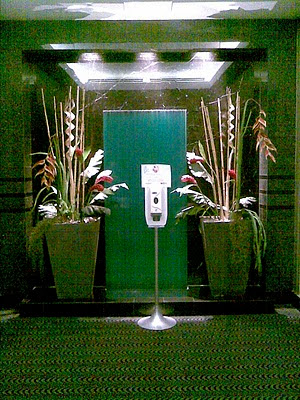 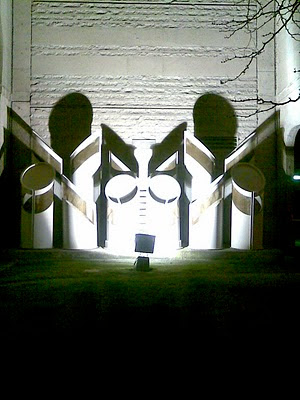 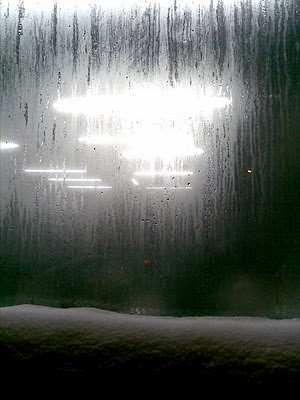 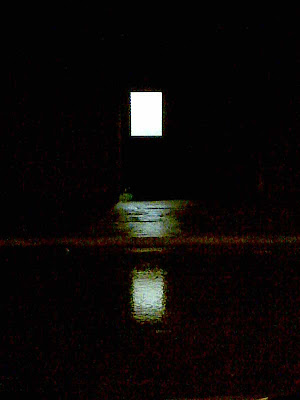 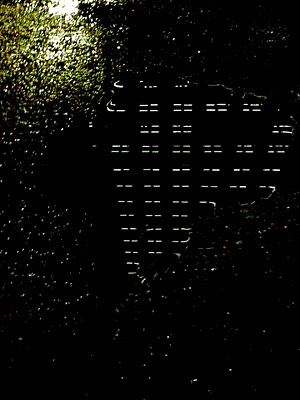 For more works by Matsumoto: The Sound of Eye
Posted by Sabrina Ratté No comments:

A live performance documentation by Ed Tannenbaum.
The soundtrack is by Maggi Payne.