I just bought this little analog mixer from classified adds. I couldn't find any informations on the AZDEN VPC-10 on the web; it's a very basic video mixer with which I can control colors, textures and make simple wipes and transitions. Here is an excerpt of my first experiments... 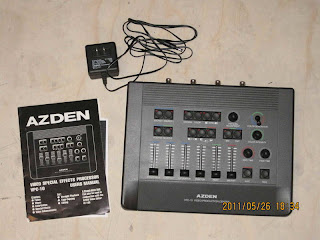 In 1973, he joined the faculty of the University of Illinois at Chicago. In the next 20 years at the University, DeFanti has amassed a number of credits, including: use of EVL hardware and software for the computer animation produced for the Star Wars movie. With Daniel J. Sandin, he founded the Circle Graphics Habitat, now known as the Electronic Visualization Laboratory (EVL). DeFanti contributed greatly to the growth of the SIGGRAPH organization and conference. He served as Chair of the group from 1981 to 1985, co-organized early film and video presentations, which became the Electronic Theatre, and in 1979 started the SIGGRAPH Video Review, a video archive of computer graphics research. http://www.calit2.net/people/staff_detail.php?id=67

Video by Tom DeFanti and Barbara Sykes
Posted by Sabrina Ratté No comments:

All the following images are taken from Melvin L. Prueitt's book Art and the Computer. 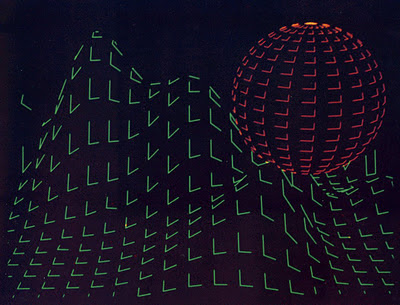 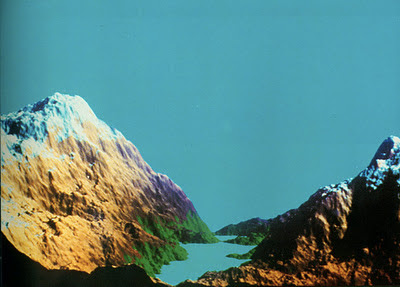 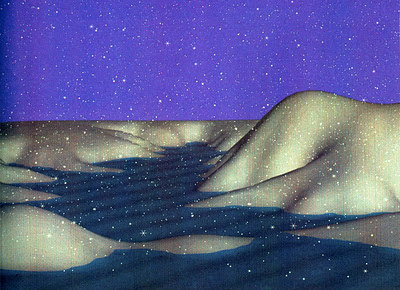 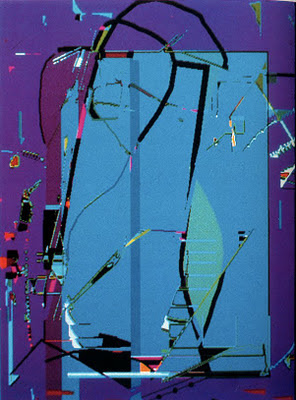 "Concession to Scifi." There are number of ways to create abstract art with a computer. (1980 Darcy Gerbarg) 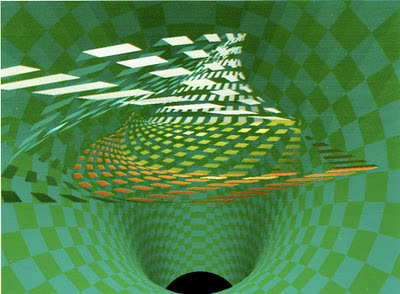 "Vanishing Essence." The reason that these plates are effective in producing a pleasant picture is that our visual systems are able to connect them together into unified curving surfaces. (1983 Melvin L. Prueitt) 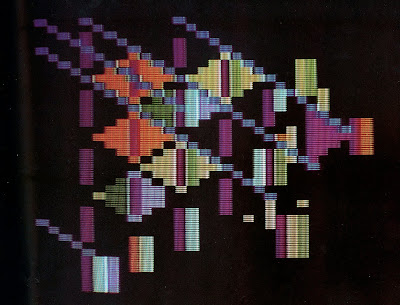 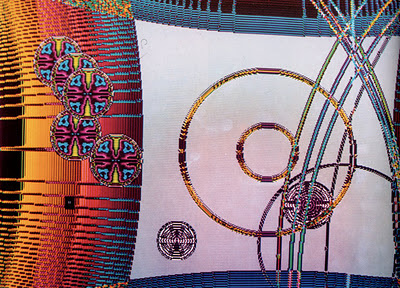 This was produced by James Squires as a graduate student using a Chromatics 7900 in the Fine Arts Department of UCLA. 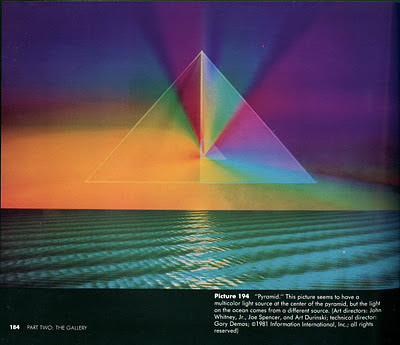 Ko Nakajima is one of the pioneer Japanese artists of video art. After beginnings in animation video, he made use of new technologies to appropriate and develop different softwares that allowed him to create veritable visual collages in movement. Each work is the expression of a unified research, progressively unveiled in the process of discovery of a life’s oeuvre.
Mount Fuji dates from the year 1984, at a time when Nakajima had already affirmed his style of manipulating images, and had established his universe distinguished by elements of nature and infused with Oriental philosophy. This tape is emblematic of the researches he conducted thanks to the invention of the aniputer, a machine which allows one to distort, superpose and embed images with ease, created in collaboration with JVC’s research department. Against the rhythm of repetitive music, different images of Mount Fuji compose geometric structures forming a Rubik’s cube’s perspectival frame, cut through by photographs which regularly come and drift away before the spectator.
Mount Fuji is a highly mystical site in Japanese culture, a religious and national symbol. It is at the heart of numerous works, placing man in relation to a mountain’s ancientness and its fundamental ambiguity – the possibility of a volcanic eruption dwells within the impression of stability and permanence. Playing with static and flat images that cut across the screen, Nakajima brings to mind the tectonic drift of plates which could at any time erase the benign image of Mount Fuji.
http://www.newmedia-arts.be/cgi-bin/show-oeu.asp?ID=150000000034495&lg=GBR
Posted by Sabrina Ratté 1 comment: